NCR can offer a good return in the longer run 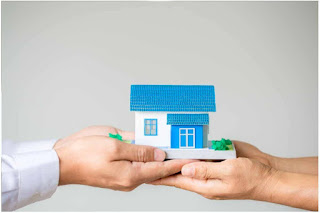 Investing In real-estate is inspirational; everyone wants to own their own space. With household’s incomes increasing due to a significant number of high-paying white-collar professions and world-class physical infrastructure, Delhi NCR has been one of India's fastest growing areas. Big corporations relocate to neighbouring cities such as Gurgaon and Noida in pursuit of better infrastructure and lower real estate prices, real estate prices in Delhi have risen to stratospheric heights, resulting in the expansion of surrounding cities. The government is also facilitating this by increasing communication between these cities by creating infrastructure like roads and motorways along with Delhi Metro.

Noida and Greater Noida, which are near to Delhi, have steadily grown in popularity as a favoured destination for property buyers and investors. Despite intense competition from neighbouring regions in and around Delhi NCR, Noida real estate continues to draw everyone's attention. Despite the fact that Noida Real Estate has seen a slowdown due to causes such as demonetization and lockdown, the city has rebounded quickly.

Noida provides excellent career possibilities, conference centres, and a new airport in the horizon. As a result, investing in Noida and Greater Noida real estate will be the finest moves in the days to come. The government is clearly focused on promoting Noida as one of the future regions, and it appears to be following in the footsteps of Gurgaon. There is a slew of high-paying white-collar jobs on the way and the work on Jewar airport is set to begin soon.

Here are some of the most compelling reasons why investing in Noida and Greater Noida real estate is the finest choice you'll ever make.

The commercial real estate market is growing at a fast rate. Several builders and developers are significantly investing in commercial developments, citing the city's vast business opportunities. The creation of new workplaces, co-working spaces, and other organizations has transformed Noida into a business hub. Those who invest in Noida's commercial real estate may expect a steady stream of profits in the future.

Location benefits -The expansion of Noida and the city of Noida are part of government's ambitious plans. Buddh International F1 Circuit, Amity University / Mahamaya Flyover, DND/Akshardham, Jewar airport, and the Yamuna Expressway are all within a short distance of Noida and Greater Noida. Apart from that, these locations are close to well-known multinational corporations and are connected by five expressways.

Robust infrastructure- Another compelling incentive to invest in Noida real estate is the city's rapidly expanding infrastructure. Whether it is the metro system, public transportation, road developments, or expressways, Noida's infrastructure has finally matured. All of these infrastructural improvements will result in a significant increase in the demand for homes in the city. The value of these properties is only going to rise in the future.

On one hand, Greater Noida West boasts a knowledge park, while on the other, the Yamuna Expressway's Formula 1 track has attracted a lot of interest. With the projected metro link to Greater Noida, numerous IT firms would undoubtedly be drawn to the Noida-Greater Noida Expressway and Greater Noida to establish offices and reap the benefits of this fantastic physical infrastructure at affordable rates. On both sides of the highway, we would be able to see a number of world-class skyscrapers.

Government push- With the Real Estate Regulations Act (RERA) being in effect across the country, the Noida Real Estate Regulatory Authority has chosen to streamline the property registration procedure. Property registration in Noida has been simplified as new rules and regulatory regulations. In addition, the authorities in numerous property hotspots in Noida have established facilities for registering a property online to expedite the process.

With so many upcoming opportunities, it is safe to say that Noida is one of the most popular property investment destinations in the National Capital Region.

Email ThisBlogThis!Share to TwitterShare to FacebookShare to Pinterest
Labels: NCR