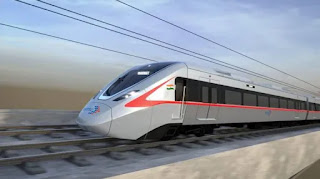 When the three phases of the Regional Rapid Transit System are completed, it will become easier to live in Rewari, Bhiwadi, Alwar, Shahjahanpur, Neemrana, Sonepat, Panipat, Ghaziabad or Meerut and work in Delhi-NCR.

If you want to understand the impact that an efficient transport network can have on the overall real estate market in a locality, simply recollect the transformation that the Delhi Metro brought about in the Dwarka sub-city in the National Capital Territory (NCT). In the pre-Metro era, scores of people rushed to dispose of their DDA flats in Dwarka because commuting to the area was a nightmare.

It was Delhi Metro Rail Corporation’s Blue Line and later the Airport Express that changed the face of the area, and property prices moved sharply upwards. Today, the Dwarka sub-city has emerged as one of the prime residential hubs in Delhi, especially West Delhi.

This is also true for all the localities that have been connected to the Metro rail network. And now it’s the turn of Regional Rapid Transit System (RRTS) to weave its magic along its route.

The country will soon witness another revolution in rail connectivity, thanks to the upcoming RRTS. High-speed and high-frequency commuter trains will connect small towns in Rajasthan, Haryana, and Uttar Pradesh with Gurugram-Delhi-Noida. The modern transit facility would bolster connectivity, accentuate real estate prospects and boost economic development along the corridors and in the heart of NCR.

Email ThisBlogThis!Share to TwitterShare to FacebookShare to Pinterest
Labels: rrts